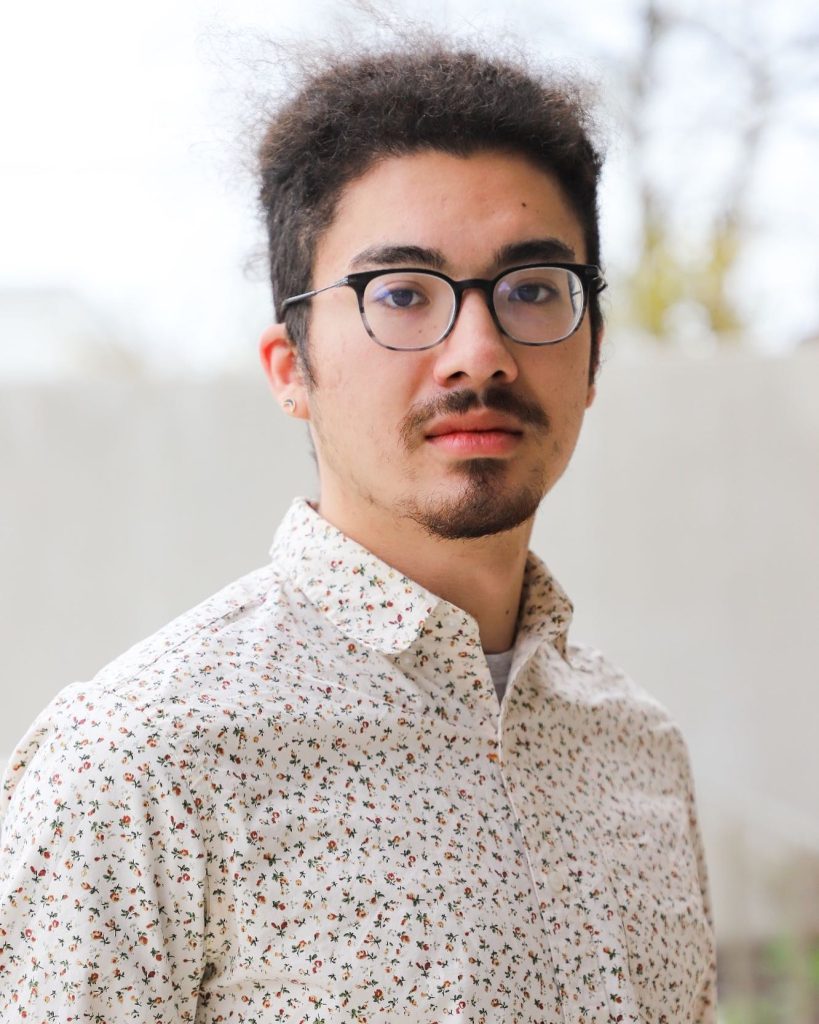 As this year’s winner, Morima Yerby will be awarded a $2,500 prize and will be commissioned to write a new work for the MU Symphony orchestra. The Orchestra will premiere the work at the Chancellor’s Arts Showcase in the 2023 Spring semester. The work will also be professionally recorded.

The other finalists for the 2023 Sinquefield Composition Prize were: Harry González, Mahbod Shirvani, Robyne Sieh, and JT Wolfe.

The adjudicators for the competition were Valeria Jonard (Mexico), Piyawat Louilarpprasert (Thailand), and Bruce Reiprich (United States). Here are selected comments by the adjudicators about the work submitted by Yerby, From My Lungs, into Thine, a madrigal for six voices:

“To my perception, this piece has a very personal voice.” “Compositional ideas are very clean and transparent and so is the general structure of the piece.” –  Jonard

“Highly imaginative and enthusiastic voice use.” “The transition from chaos to harmony, as well as the piece’s serene dynamics and articulations, represent several memorable moments in the piece.” – Louilarpprasert.

“The arc of the composition is well conceived while flowing seamlessly.” “At its conclusion, I was left longing for more music” – Reiprich.

Morima Yerby (b. 2002) is a composer and cellist from St. Louis, Missouri. He is a junior Sinquefield Scholar at the University of Missouri and is studying for a Bachelor’s of Music with emphasis in Music Composition. He takes inspiration from many composers, from Monteverdi to Mitski, as well as many in between. From his pop influenced drum beats to his classically inspired soundscapes, Morima Yerby combines current and past to create a new musical language. Morima’s opera, Sunflower Radio, will be performed by Mizzou’s Opera Workshop this November.

Elizabeth Derner authored an article in the Columbia Missourian newspaper that featured Yerby as part of a larger overview of the entire Mizzou New Music Initiative program.

For more information about the Sinquefield Prize, visit the MNMI website.