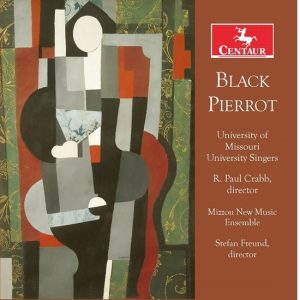 The Mizzou New Music Ensemble is featured on Black Pierrot, a new album by Mizzou's University Singers that is being released this week on the Centaur Records label. The album (pictured) is described as "a program of great choral works, including one work from the 1500s, works from the 20th Century," plus the title track,…

For his latest commissioned work "Black Pierrot," composer William Averitt once again has drawn inspiration from the poetry of Langston Hughes. Scheduled for a world premiere on Saturday,… 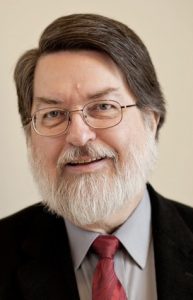 The University of Missouri’s University Singers and Mizzou New Music Ensemble will present the world premiere of “Black Pierrot,” a newly commissioned work from composer William Averitt, in a concert at 7:00 p.m. Saturday, March 18 at the First Baptist Church, 1112 East Broadway in Columbia. General admission to the concert is $5 for the…

This weekend, the Mizzou New Music Initiative and the University of Missouri School of Music will have the honor of welcoming Chen Yi for a brief residency on the MU campus and a world premiere. Chen (pictured) currently is a distinguished professor of composition at the Conservatory of Music and Dance at the University of…

Though the Civil War ended nearly 150 years ago, it remains a continuing subject of fascination for historians and in pop culture, inspiring poems, songs, novels, films and more. Now the war’s divisive effects on the state of Missouri are the subject of a new oratorio by Stefan Freund, an associate professor of composition and…