Alarm Will Sound, the 20-member contemporary music ensemble, is returning to Columbia to perform in concert on Tuesday, January 17, 2023 at the Sinquefield Music Center on the University of Missouri Campus. The 7 p.m. concert is free and open to the public, but seating is limited. Doors open at 6:30.

As the resident ensemble for the annual Mizzou International Composers Festival (MICF), Alarm Will Sound (pictured) has been performing at concerts and festivals in mid-Missouri since 2010. The group’s founding cellist, Stefan Freund, is the Artistic Director of the Mizzou New Music Initiative. 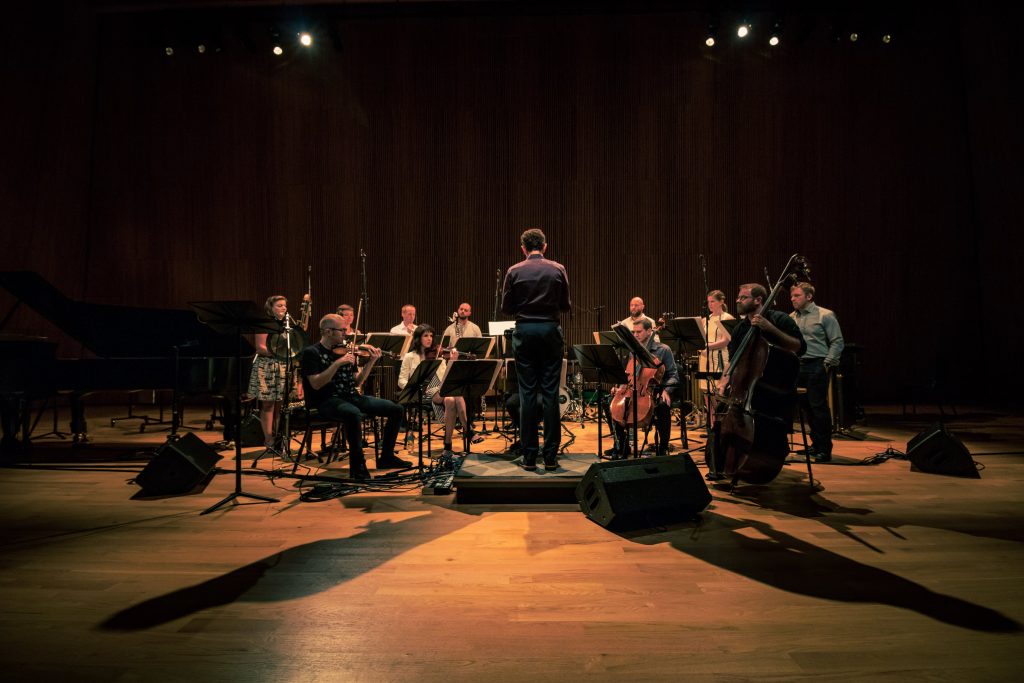 The concert will feature four pieces, three of them world premieres:

In addition to the public concert, Alarm Will Sound will be in residence at Mizzou for a week, during which they will rehearse and record in the Sinquefield Music Center’s facilities.