Piyawat Louilarpprasert is one of eight Resident Composers selected for the 2022 Mizzou International Composers Festival from a total of 532 applicants from 49 countries. 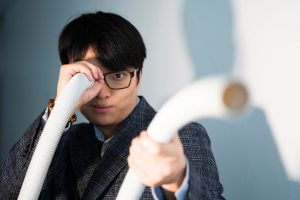 Louilarpprasert was recently appointed as a Visiting Lecturer position at Cornell University. In Thailand, he is serving as a chair and a program curator for Int-Act Festival (Thailand).

For the MICF, he has written a new work, Lunatic (2022), which will have its world premiere July 30 at 7:30 pm at the Missouri Theater. The concert will feature Alarm Will Sound playing world premiere performances by all eight Resident Composers.

You can hear samples of Louilarpprasert’s music on his website.