Pascal Le Boeuf is one of eight Resident Composers selected for the 2022 Mizzou International Composers Festival from a total of 532 applicants from 49 countries. 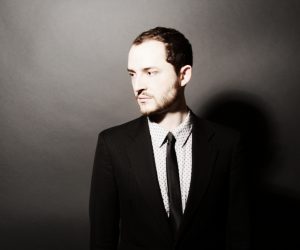 Le Boeuf is currently an Assistant Professor of Practice in Music and Technology at the Vanderbilt University Blair School of Music in Nashville, Tennessee, and a Harold W. Dodds Honorific Fellow and Ph.D. candidate in music composition at Princeton University.

For the MICF, he has written a new work, Imprints (2022), which will have its world premiere July 30 at 7:30 pm at the Missouri Theater. The concert will feature Alarm Will Sound playing world premiere performances by all eight Resident Composers.

You can hear samples of Le Boeuf’s music on his website.