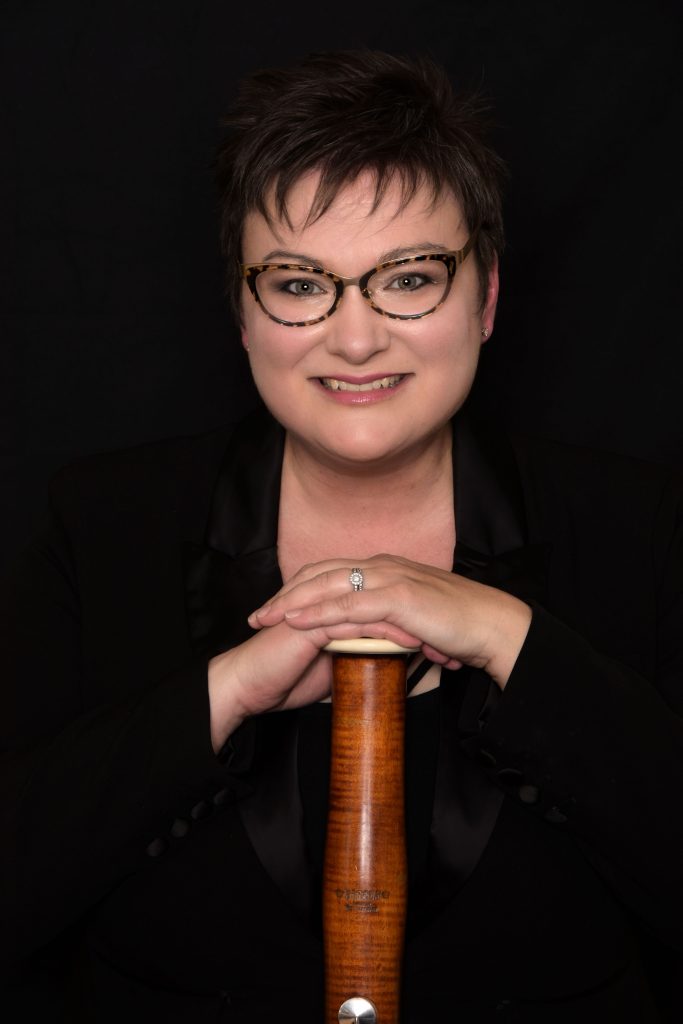 Unlike a traditional residency, two elements of Muñoz’s interactions with students and faculty are outside the April 14-18 timeline.

She has already taught an online composition seminar with Mizzou music students. In addition, a recording project with Yoshiaki Onishi, Mizzou New Music Initiative Postdoctoral Fellow and Director of the Mizzou New Music Ensemble, will take place this summer.

The primary event for the residency is a free concert on Monday, April 18 at 7:30pm in Sheryl Crow Recital Hall at the Sinquefield Music Center.The concert will feature works by three composers at the University of Missouri:

“For me, this concert is the most special part of the residency,” Muñoz said. “It’s exciting to perform so much bassoon music by Mizzou composers!”

During the April 14-18 residency, Muñoz will also conduct a private bassoon class for Mizzou music students.

Leigh Muñoz is also on the faculty for the Bassoon Intensive at Interlochen Arts Camp. Prior to her appointment at UMKC, she held bassoon teaching positions at Middle Tennessee State University, Washburn University, Missouri State University, as well as the University of Missouri. She is second bassoon of the Symphony of Northwest Arkansas (SoNA) and a regular substitute bassoonist and contrabassoonist with the Kansas City Symphony. Muñoz is the founder and owner of GoBassoon Reeds, and has both performed and given clinics at multiple international conferences; including International Double Reed Society and Meg Quigley Vivaldi Symposium.