The Mizzou New Music Ensemble will continue its 2021-2022 concert series with a performance at 7:30 pm on Sunday, Feb. 27, 2022. The concert will take place on the University of Missouri Campus at the Sinquefield Music Center’s Sheryl Crow Hall. The concert is free and open to the public. For those unable to attend in person, the concert will be livestreamed on the MU School of Music YouTube channel. 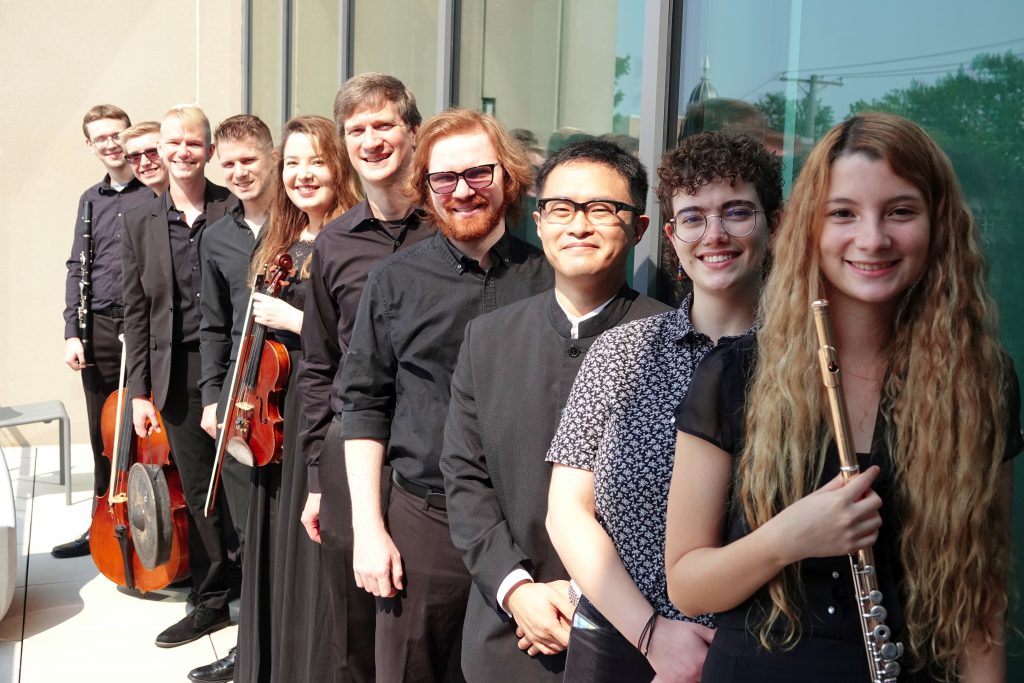 Members of the Mizzou New Music Ensemble, with Yoshiaki Onishi (third from front) and Stefan Freund (fifth from front)

The Ensemble (pictured) will open the program with a performance of Night Blossoms by Ben Colagiovanni, a graduate of the University of Missouri School of Music. The Ensemble will also play Sagitarrius by Vitor Gorniand Nubian Dances #1 by Fred Onovwerosuoke — which will conclude his Feb. 24-27 residency at Mizzou.

After intermission, the NME will be joined by soprano Emily Shaw and pianist Jack Snelling to play works by these composers. Shaw will accompany the NME for the world premiere of her work, the things I heard on the radio. Snelling will then join NME for a performance of his composition, City Swing.

The Mizzou New Music Ensemble is made up of University of Missouri School of Music graduate students under the direction of Mizzou New Music Initiative Postdoctoral Fellow Yoshiaki Onishi, who was recently appointed as the Ensemble’s Artistic Director.